Three photographs of Frank Campbell, one of the enslaved people sold by the Maryland Jesuits in 1838. These photographs are included in a scrapbook from the early 1900s that belonged to Robert Ruffin Barrow, Jr., which is held at Ellender Memorial Library, Nicholls State University.

The younger daughter in the photographs has been identified as Frank Campbell's granddaughter, Mary Jane.

The story of the discovery of Frank Campbell's photographs was published in the New York Times on March 12, 2017.

These photographs may not be copied, deposited, or placed on file in any other repository without written permission from the Archives and Special Collections, Nicholls State University. 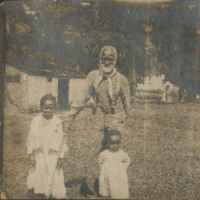 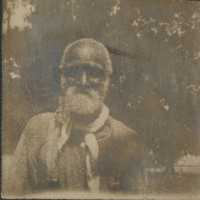 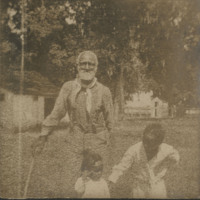 The Maryland Province's enslaved community in Louisiana, and their descendants